Skip to content
Home/Uncategorized/Did you know that transparent tape is made from petroleum byproducts?

Did you know that transparent tape is made from petroleum byproducts? 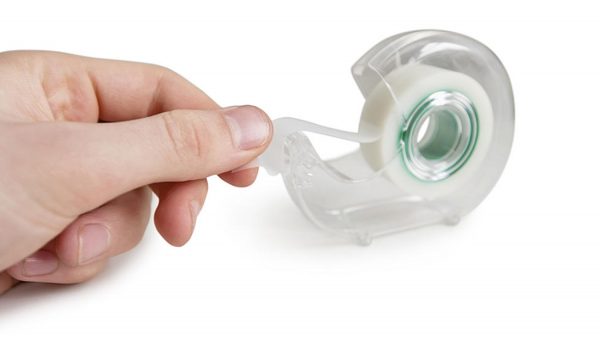 The next time you use transparent tape to wrap a gift, you may find it interesting to know that the tape is made from petroleum byproducts!

The first adhesive tape was developed in the early twentieth century, due to a problem in the fledgling automobile industry. During the 1920s, when two-toned cars were popular, manufacturers had problems achieving a clean, crisp line between the two paint finishes. They tried using surgical tape but had problems because it did not form a proper seal and tended to lift off paint when it was removed. At that time, the Minnesota Mining and Manufacturing company (now better known as 3M) manufactured sandpaper. The firm entered the adhesive tape business when Richard Drew, a 3M lab worker who often visited the auto shops to test sandpaper, took on the challenge of finding a tape that would form a seal without damaging the car’s paint when it was removed. The product Drew eventually devised, a rubber-based adhesive coated on a paper backing, resembled today’s masking tape.

According to corporate legend, the brand name “Scotch tape” was coined when a prototype batch of Drew’s tape received an adhesive coating only along its edges. This proved insufficient, prompting one irked painter to complain to his 3M sales rep about the company’s “stingy Scotch bosses.” Company executives seized upon the word “Scotch” because they hoped it would suggest that 3M tape was an economical product. After realizing that it would be necessary to coat the entire strip with adhesive, 3M began mass producing masking tape for auto painting and soon went on to make a transparent, or cellophane, tape for general consumer use. Transparent tape eventually became a household material used primarily to mend torn pages and wrap packages.