Skip to content
Home/Uncategorized/Who Is Your Local Fuel Retailer?

Who Is Your Local Fuel Retailer? 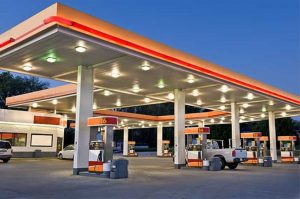 Have you ever said, “I’m going to the Texaco station to buy gas?” (Or Chevron, Shell, etc.)? Have you ever stopped to think what that really means? Most people think that if a fuel station posts a big brand sign outside their store the station is owned by that company. Seems logical, right? Not so fast.

So who owns them? It’s most likley owned by your neighbors.

It turns out, over 58% of the time, the person behind the pumps lives right down the street from you. The majority of all fuel-serving convenience stores and stations in the US – approximately 160,000 in total – are owned by individuals who only have a single store. These are your neighbors, coaches, friends – people who live, work and play in your community. Only about .4% – or fewer than 500 – are owned by large oil companies. In fact, the oil companies have been actively selling off their retail fueling stations since 2007, and their numbers continue to decline.The other stores – about 40% – are owned by a mixture of individuals, families and corporations that own multiple establishments from 2 to over 500 locations.

If you use safe and efficient home heating oil or Bioheat® fuel to heat our home, it’s also likely that you are supporting a local family run business. More than 80 percent of heating oil and Bioheat retailers are classified as small businesses.

So the next time you see that “big oil” sign, remember that chances are, the person behind that sign is a small business owner working to make a living, one customer at a time.